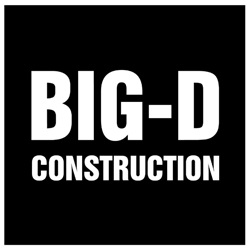 On November 2, 1967, a thirty-year-old carpenter named Dee Livingood sold his blue Volkswagen for a thousand dollars and risked everything he had to start his own business. His nickname Big-Dee inspired the name for the company.

Dee started with almost nothing very little money, no business experience, and no customers. All he had was a BIG IDEA about the way things ought to be done. He wanted a company based on equal respect for customers and employees. A company based on honesty and integrity. A company where there is no difference between what is said and what is done.

A Passion For People

He collected his thoughts, his thousand dollars, and set out to assemble a team of the best people in the industry. He called his founding leaders his young lions. Dee focused his passion on customer and employee relationships. He refused to focus on money or chase success. Instead, he quietly focused on doing the right things and success began chasing him. He taught his young lions everything he knew about the business while giving them the freedom to build outstanding careers of their own and success started chasing them too.