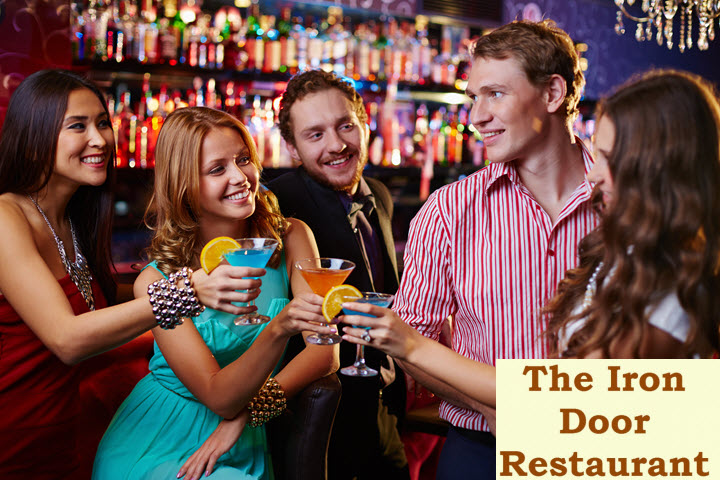 Located in Historic Johnsville in an over 100-year-old structure. In 1961 The Iron Door was established as a restaurant. Be prepared for an ambiance of Old World-New World with 1800's and 1900"s antiques,

Owner/Operators Bonnie and Chris David suggest you come early and have a drink at the Full Bar before dining. A short 4 mile drive from Graeagle up the Johnsville Road. Dinner served from 5 pm nightly (closed Tuesdays). Open from May to the last Sunday in October. Reservations Recommended. 836-2376.

The Little Girl Ghost stories have been told & retold for decades from each of the five owners of The Iron Door to the next. Our customers often ask about her so here is her story. Macel Moriarity died at the young age of 10 from Rheumatic Fever. She was one of ten children and lived in the small Red House just across from the Plumas Eureka State Park Museum. The Moriarity home has been restored and is open during the summer months for tours with a Park Docent who will give all the history they have accumulated over the years.

Macel has a comfortable attachment to the building and has not left the original 1906 old General Store & Post Office which is now, The Iron Door Restaurant. The Iron Door has been a restaurant since 1961 and all 5 owners and many guests have seen or felt evidence of Macels presence in the building.
She is reportedly not evil but a happy child who is just not ready to leave Johnsville